The Theta Chi Realty Corporation is organized under the Indiana Not-For-Profit Act and exists to provide housing for the Alpha Iota Chapter of Theta Chi Fraternity at Indiana University. Its roots go back to 1923 when a group of Alpha Iota Alumni, including C. O. Davisson its first President, James Walker, E. V. Scott, Walter Shelton, Earl Chaney, Elisha Metzger, Leo Shumaker, Perle Small, Wray Walters, and Caryl Zollner formed the Theta Chi Building Association for the purpose of raising money to purchase a Chapter house. The original stock offering was for $20,000 of stock with a par value of $50/share. At its initial offering more than $8,500 was already pledged. Throughout the first years of the chapter, these capital stock purchases paved the way to purchase and furnish our chapter house. Two other men deserve special mention for serving lengthy terms as President: Emmett “Doc” Arnett and Al Warne. Doc was on the faculty at IU and a frequent visitor at the Chapter House in his other role as Chapter Advisor. Brother Warne administered the capital stock program from 1927-1992 and was very instrumental in the acquisition of our current Chapter house. 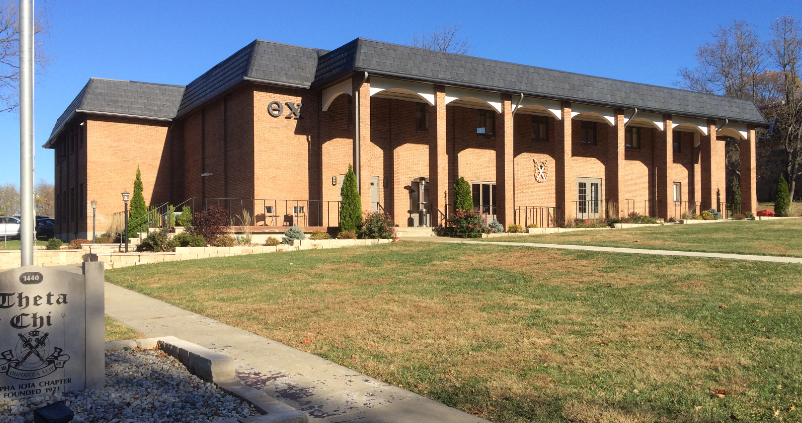 Over the years, this organization has evolved into what we now know as the Theta Chi Realty Corporation. The stock certificates have been converted to membership certificates and the Board meets regularly throughout the year to conduct its business. Once a year the Board holds its annual meeting, which all members are invited to attend, reviews its actions and financial status for the membership, and conducts elections for Officers and Directors.

Shortly after Theta Chi was established at IU, our first recognized Chapter house was at 420 South Fess Avenue where several members lived. In 1926 a lot was purchased on which the first Chapter house we would own was built and occupied in 1927, located at 101 North Jordan. It housed 32 men, was located in the fraternity quadrangle and served as our home until 1969. Due to the tremendous growth of the campus in 1969 the University acquired our house (and several others) and we moved into our current location at 1440 North Jordan. This new house was one of the largest at the time on campus and in the nation for Theta Chi National Fraternity; it had the capacity for 82 men and a House Director.

In the early 2000’s Alpha Iota Chapter was disbanded from IU and the house was rented to other fraternities. Unfortunately, this happens from time to time but our desire is to keep the house for the Alpha Iota Members.

We are a non-for-profit organization and it is our mission to continue to update and maintain the Chapter House. The money we collect is used for servicing debt, providing foodservice to the members, paying our House Director, accountant and other expenses for operating the house, repairs and making capital improvements. We rely Alumni donations for special projects for the house and are always welcome. We have recently agreed to update our life safety systems by installing a sprinkler system throughout the first floor. We typically take on debt for the improvement projects. Our lenders require us to pay them back and our source of cash flow is from the payment of Room, Board and Live Out Dues from the Members as our cash flow. We have hired the services of OmegaFi to electronically sign Member leases and allows the Members to pay their Room and Board online which was done manually in the past.

In 2013 we installed a new roof, installed new Mechanical Units providing better temperature controls throughout the house. In 2016, with contributions by the alumni, we were able to add a new Bike Room/Exercise Room, a Brotherhood Room, updated larger bathrooms and new LED lighting inside and out to enhance the Chapter House safety. The Brotherhood Room allows for all the members to be able to watch sporting events together in one room. In addition, we were able to demo and restore the courtyard with new utilities with this major renovation project that was completed in 2016-2017. The Board has continued to make improvements throughout the years and have set a strategic goal of keeping the Chapter House safe, in good repair while making capital repairs and upgrades to minimize occupancy costs.

The Realty Corporation will lease the Chapter House for the benefit of the Theta Chi Alph Iota Chapter of Indiana University members to use while they are in good standing on campus. They reserve the right to release the Chapter Members in the event they no longer are organized at IU or the Members signing leases drops below their required occupancy levels. 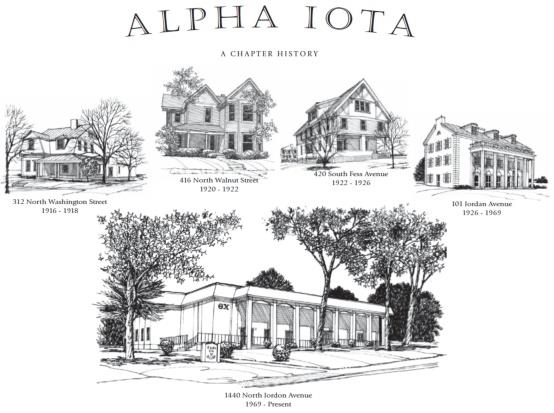 The Theta Chi Realty Corporation Board, Directors and Members are made up of concerned Theta Chi Alumni working together to continue to provide for a Chapter House for Alpha Iota members.

If you are an alumnus interested in becoming a member of the Corporation, you must be a member of Alpha Iota Chapter, make the required cash contribution to the Corporation, and be approved by the Board of Directors. Our membership has begun to grow in recent years due to strong participation in our Capital Campaign.

The current members of the volunteer Board of Directors of the Corporation are:

If you have any questions or would like to get involved with the Theta Chi Realty Corporation, please contact Steve Dum at sdum57@gmail.com, Tom Cooler at tomc@iuthetachi.com or Chris Waits at cwaiter@msn.com.